Considering the recurring costs of a home business is crucial when it comes to choosing the one that’s right for you.  Because this is where several decisions are made by you… and by the FTC.

Ok, this is where the meat & potatoes are when it comes to home businesses. Because this is usually where you begin to figure out how people are getting paid.

When there’s a high buy-in, that’s usually the source from which others get paid. Think Ponzi-scheme, although it doesn’t have to be a Ponzi-scheme. Trading cripto-currency is an example here. You pay more up front, but it’s for an investment in another form of currency, which is supposed to pay you back in the long run. It may or may not include a recurring investment or monthly fees (much like a bank charges you a monthly maintenance fee).

Even without a high buy-in, any monthly “fees” should be fully investigated: 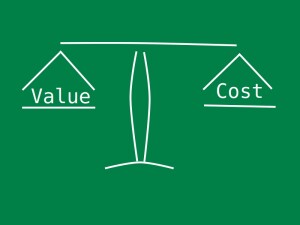 Weigh the value verses the cost.

Auto-ships is where you really have to do some evaluation. If you’re expected to keep making regular purchases, consider:

Only you can answer those questions for yourself.

Remember, the FTC wants to make sure that a company isn’t just making money from, nor paying it’s representatives from, enrollment fees. They consider that a Ponzi scam. The company and its reps must be paid by the sale of products and/or services, even if they’re digital (online). So, remember: profits from the sale of products and/or services is the only legitimate means to be paid, according to the FTC.

Posted on June 14, 2011 | 1 Comment
I received this as an email from my aunt… Yep, it’s good enough to share – with a few editorial changes, of course.

This was written by Robert St. John, executive chef and owner of the Purple Parrot Cafe, Crescent City Grill and Mahogany Bar of Hattiesburg , MS.

Thirty years ago I visited my first cousin in Virginia. While hanging out with his friend, the discussion turned to popular movies of the day. When I offered my two-cents on the authenticity and social relevance of the movie Billy Jack, one of the boys asked, in all seriousness, “Do you guys have movie theaters down there?” To which I replied, “Yep. We wear shoes too.”

Just three years ago, my wife and I were attending a food and wine seminar in Aspen, Colo. We were seated with two couples from Las Vegas. One of the Glitter Gulch gals was amused and downright rude when I described our restaurant as a fine-dining restaurant. “Mississippi doesn’t have fine-dining restaurants!” she insisted and nudged her companion. I fought back the strong desire to mention that she lived in the land that invented the 99-cent breakfast buffet.

I wanted badly to defend my state, my region, and my restaurant with a 15-minute soliloquy and public relations rant that would surely change her mind. It was at that precise moment that I was hit with a blinding jolt of enlightenment, and in a moment of complete and absolute clarity it dawned on me: my South is the best-kept secret in the country. Why would I try to win this woman over? She might move down here.

I am always amused by Hollywood’s interpretation of the South. We are still, on occasion, depicted as a collective group of sweaty, stupid, backwards-minded, racist rednecks. The South of movies, TV, and Hollywood is not my South.

This is my South:

My South is full of honest, hardworking people. My South is the birthplace of blues and jazz, and rock n’ roll. It has banjo pickers and fiddle players. But it also has BB King, Muddy Waters, the Allman Brothers, Emmylou Harris, Jimmy Buffett, and Elvis. And Nat King Cole, Gloria Estefan, Leontyn Price, Anita Baker, and Beyonce. And Morgan Freeman, Dakota Fanning, Jeff Foxworthy, and Julia Roberts.

My South is hot. My South smells of newly mowed grass. My South was kick the can, creek swimming, cane-pole fishing and bird hunting.

In my South, football is king, and the Southeastern Conference is the kingdom.

My South is home to the most beautiful women on the planet.

In my South, soul food and country cooking are the same thing.

My South is full of fig preserves, cornbread, butter beans, fried chicken, grits and catfish. In my South, we also eat foie gras, caviar and truffles.

In my South, our transistor radios introduced us to the Beatles and the Rolling Stones at the same time they were introduced to the rest of the country.

In my South, grandmothers cook a big lunch every Sunday. So big that we call it dinner. (Supper comes later).

In my South, family matters. Deeply.

In my South people put peanuts in bottles of Coca-Cola and hot sauce on almost everything.

In my South the tea is iced and almost as sweet as the women.

My South has air-conditioning.

My South is camellias, azaleas, wisteria and hydrangeas.

In my South, we wear shoes… Most of the time.

My South is the best-kept secret in the country. Please continue to keep the secret. It keeps the idiots away.