In the past few years, some churches have been calling themselves “relevant.” Some, including me, argue that God calls us to be Holy, not relevant. People don’t need their ears tickled. They need the truth contained in God’s Word.

Homosexuality Behind the Pulpit

This is a blog post that I’ve been meaning to write for over a year. You’ve probably heard rumors that some churches have ordained homosexual pastors. Maybe you have, and maybe you haven’t, noted that some of these churches were Methodist. More specifically, United Methodist Churches. And if you have heard and have noticed, you may or may not have cared either way or the other.

It matters to me, though, because I’m a member of the United Methodist Church (UMC).

See the problem is that the UMC operates under a code of governance called The Book of Discipline. This book sets up the organizational structure of the church, and the rules by which it will be governed. Contained within this book are guidelines for who may be ordained as pastors in the UMC, and how to go about doing so.

The Book of Discipline also enumerates disciplinary actions that may be taken against members and/or churches that “disobey” these rules of governance. So you would think that the Churches and Districts that Ordained homosexual pastors would have faced swift disciplinary action.

That is not the case.

As is customary in other organizations, higher levels of leadership are filled by promoting candidates from within this pool of pastors. The result being that, not only have churches Ordained homosexual pastors, but at least one Jurisdiction has gone so far as to promote one to the position of Jurisdictional Bishop. (http://www.umc.org/news-and-media/bishop-oliveto-god-has-been-in-control)

In these cases, to my knowledge, neither the pastors, the Churches, the Districts, the Conferences, nor the Jurisdictions have faced disciplinary action.

This has the rest of the Congregations, Districts, Conferences, and Jurisdictions at a loss as to what we should do now that our CHURCH has failed it’s duties under the contract that forms our organizational membership. Many churches have already withdrawn membership from the UMC.

The UMC is on the verge of a schism that will change its future forever. Not just in the USA, but world-wide, as it is a world-wide organization. 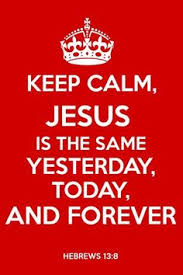 I, myself, have often said that the only constant in life is change. But one thing never changes: God. The Bible itself says “He’s the same yesterday, today, & tomorrow.” (Hebrews 13:8)

As God does not change, neither does His Word, no matter what is “socially acceptable” within a society. Human sexuality itself has not changed since creation. Only what a particular society or culture considers “acceptable sexual expression” has changed.

First, a simple statement of inarguable fact: The Scripture clearly denounces homosexuality (in all its forms: LGBTQ). (Leviticus 18:22. Leviticus 20:13. 1 Corinthians 6:9-10. 1 Timothy. 1:9-10.) Anyone who would argue against that argues against the very Word of God, and thus God Himself.

I’m not saying that Homosexuals don’t love God, and aren’t His Beloved. I know quite a few who love Him. Who’s to say God hasn’t called them to do His works, spread His Word, fulfill His Will on Earth as in Heaven? I could never speak to that.

But the Church, as an organization that is called to be Disciples, must uphold the Bible, the Word of God. As an organization, we must stand on Biblical Principles or we will surely fail. And we have to ensure that those we choose to stand in the pulpit, as representatives of us and God, not only love God, but are able to live lives as Godly as possible, so as not to be a “stumbling block for the flock.”

Sure, no pastor is without sin. But when they accept God’s Call to the Pulpit, they are accepting a role to lead by example, to willingly and intentionally, as best as they can, with God’s help, live a Holy, Sanctified life. (Look those words up to help in your understanding of why The Ordained must be held to a higher standard.) We all know it is humanly impossible to live a sinless life. They sin. And we know God is changing them from the inside to help them resist whatever temptations may come.

But when a (practicing) homosexual is standing behind the pulpit, their very identity says that they choose to live a life in direct disobedience to the God’s Word. That choice is contradictory to the Oath they take as Pastors, and contradictory to their vow to God.

Next month (February 2019), the UMC will hold a special session of the General Conference to address this issue, supposedly deciding what to do about:
a) the member churches that have disregarded our organizational contract called The Book of Discipline,
b) the Ordained Ministers who are living openly homosexual lives,
c) what if any changes should be made to the Book of Discipline that will “maintain and strengthen the unity of the church.” (Their words.)
You can read up on the Commission here: http://www.umc.org/who-we-are/commission-on-a-way-forward

In the past couple of years, there have been many conversations in Sunday Schools, Bible Studies, dining tables, and inside and outside the Church walls regarding homosexuality both within the church and behind the pulpit. Code words have been uttered to try to calm the masses and gently guide us toward acceptance of whatever decisions the Commission may reach.

One thing we hear often is “WWJD.” What Would Jesus Do?

Yes, Jesus would open his arms and lovingly welcome them into the congregation. All are welcome.

But lets not forget His words! When He healed and/or forgave, He said:

“Your faith has healed you. You are forgiven. Go an sin no more.”

Not, “It’s ok, keep living the life you choose. I love you enough to die on the cross for you and will take you to live in Heaven with me, no matter what.”

If you’re standing behind the pulpit, your identity is in God, the Father, the Son, and the Holy Ghost. You have chosen to live a life in Obedience to God’s Word.

By definition, a practicing homosexual has chosen to live a life in direct disobedience to God’s Word.

What Jesus would do just might not save the United Methodist Church. And that might be God’s Will, also.

This entry was posted in Faith or Christianity and tagged book of discipline, commission on a way forward, God's Word, homosexual pastors, homosexuality, LGBTQ, the Bible, united Methodist church. Bookmark the permalink.

One Response to United Methodist Church: Homosexuality Behind the Pulpit