Last week I wrote about the Myths of Automated Marketing (http://danniellewood.com/blog/the-myth-of-automated-marketing-systems/). While that post was pretty long, it wasn’t a complete list of the myths (used as sales points) that the inexperienced fall for – believing these things are what will help them succeed with an online or home business. Today, I’m addressing 2 more myths.

Website Provided: These days, there’s not a system out there that DOESN’T provide a website for its affiliates (distributors, representatives, marketers, or marketing executives – whatever term the company uses to refer to its sales force). Most of the time, the site is some form of capture page (also referred to as a squeeze page), where your visitors have to provide their personal information (name, phone number and email address are common) before they can get any details whatsoever. But even if they’re not a capture page, they are still “cookie cutter sites.” Meaning that you and every other person representing that company, product, or service will all have the exact same webpage, with the same content, and the same meta tags. (Meta tags are what search engines use to know what a site is about, so that they can know when to bring it up in the search results for their users.)

What’s wrong with that?

Marketing Training Provided: Here’s where all systems are not created equal. It’s unfortunate in this age of technology that there are still many companies that either don’t offer any training at all, or the training provided is cursory, at best. And too often, the companies, systems, or teams that attempt to address this issue fully, are apparently teaching the same ineffective techniques as everyone else.

I bet that if you’re one of my fellow online marketers, you’re doing some (if not all) of these:

Trying to be heard over the noise.

While those are all effective to a limited degree, the most responses you’ll get are from reverse-marketers. And to be effective, massive action is required!

First, you have to really dedicate yourself to putting in the time and effort to do the work, be creative about it so that you stand out above the rest, and learn to quickly sort through the tire kickers and time wasters.

Second, you have to be 150% dedicated to sticking to your support team and sticking to the system they have in place to help you succeed. Don’t try to go it alone, re-invent the wheel, or tweak the system. If there’s anyone on your team who’s successful (and that success was created WITH THIS SYSTEM), then the system obviously works, so plug in and don’t deviate.

BE UNIQUE! All that said, the one thing you’ve gotta understand about these two myths is that you still have to be unique. You can’t depend solely on the cookie-cutter company-provided website, and you’ve got to get some outside marketing training from an independent system.

Once you’ve reached a level of success so that you have the funds to reinvest into your business, THEN you can start marketing yourself as a guru, and either get educated on paid advertising, OR pay a pro to do it for you.

In the mean time, plug into a proven system. Such as the “Ultimate Marketer’s Tool Box.” You can find the details here: http://www.GottaHaveAPlanB.com.

The Myth of Automated Marketing Systems

The internet revolutionized network marketing and spawned affiliate marketing. Many have been lured into believing that they’d be able to automate their marketing, thus creating automated income. A couch-potato’s dream come true! They’d be instant millionaires!

The Rise of Automated Marketing Systems

Sometime in 2008, I came across these names: Mike Dillard, Ann Sieg, Mike Klingler, and a few other “lesser-knowns.” I bet you could name a few more. They popularized the notions that:

Out of these concepts came Carbon Copy Pro, Lead Net Pro and similar programs. All of these programs promised to teach the masses their “fool-proof” methodology, promising that you’d be the next MLM and internet millionaire. Anyone who enrolled and requested more help or complained that things weren’t working, were advised to plug in, learn the materials, and put it to work – take ACTION!

As if you weren’t doing that.

The Fall of Automated Marketing Systems

This leads me to the first big lie that these gurus based everything on, and used to milk everyone:

these “plug-and-play” systems are NOT fool-proof.

Not everyone has the same skill set, nor the same innate abilities, nor learn in the same manner. Any teacher will tell you that there are different modes of learning and not everyone can read instructions or watch a video and understand the material well enough to successfully imitate it. Even if they “learn it”, that doesn’t mean they can “do it.” 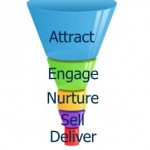 That’s right. They expected the Average Joe to be able to create these complicated sales funnels and automated marketing systems, AND learn how to successfully promote them, so that masses of Average Toms, Dicks, Harrys, and Sues who stumbled on the site(s) would automatically

These gurus had so many people convinced about these “magic keys” in spite of one key component that even they often mentioned:

People will only buy from those they know, like and trust.

It can take a LONG time to create website traffic, turn viewers into leads, and leads into sales. Just because they come to your site and see the “copy & paste” content that you and everyone else in your company is using, doesn’t mean they’ll believe you and trust you enough to pull out the credit card. In other words it takes a long time to build trust via the internet and automation. And because too many people have gotten burned by these empty promises, it’s only gotten harder.

Sure it works for the guru! They’ve got their in-your-face success to point to and say, “See! It works!” Until the Average Joe has such irrefutable evidence of success, though, he’ll have to find other means to convince his visitors that he’s real. AND that he can help.

So, what can Joe do to cut through all the white noise of internet marketing?

you should never pick up the phone.

Certainly not until your leads had already bought your product, maybe not until they plugged into your system, and sometimes not even unless they upgraded to a certain level – sometimes “all the way in!”

The fastest way to earn trust is to pick up the phone!

When someone visits your squeeze page and actually fills in the form, get in touch with them. It doesn’t make you look desperate, but it does fulfill your visitors need for actual communication. Our population is tired of the “press 1″ automated system we live in and is craving some human interaction!

Do NOT depend on your drip email system to do all the communicating.

Not only is that all one-sided so you don’t know what your visitor’s needs are, but they’ll stop opening your messages within a week. Because they’ve already forgotten whatever your promise was that you failed to deliver on. Next thing you know, they don’t even remember how they got on your list, so they either unsubscribe or report you for spamming.

There are way too many people who want to hide behind the anonymity of the internet, and way too many of those are knowingly running scams for the Toms and Sues to be very trusting anymore. How can you tell if the person behind the website is genuine and operating a legitimate business, or offering a legitimate product or service anymore? And how can you tell if that person really is running a prosperous business (as they claim) and can teach you the same?

Contact them. If they’re not willing to talk to you – or better yet, do a screen share or video chat with you – and show some proof of legitimacy, they don’t deserve your trust. Nor your business.

And a word for those of you who aren’t making the big bucks yet and feel like you don’t have a story to share, share your teammates stories until you have your own. That’s what teams are for.

This is a People Business!

No matter what your company or team’s product or service is, you better remember that your real product is PEOPLE! You have to build relationships to build trust. Treat them with honor and respect. Better yet, treat everyone as if they’re the most important person in the world. Because

The bottom line is:

Automation works, but not for everyone.

Anyone who tries to sell you their program to automate your business and tells you “it’s fool-proof, anyone can do it,” yet their system doesn’t include any other methods, RUN the other way, fast! The only thing that’s fool-proof is picking up the phone and communicating with your prospect. You’ll quickly learn their needs, and their innate strengths and weaknesses to help steer them to the method that will work best for them. Even if your preferences are opposites, you and your mentor should always be able to help anyone on your team to implement the method of choice successfully.

Keep in mind, though, that even if you are going the automation route, you still gotta be willing to pick up the phone and talk to people!