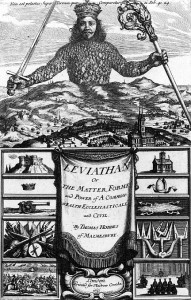 What Are the Duties of Government?

As I was driving the other day (don’t remember where or why… from point a to point b, it doesn’t matter) a very revealing and liberating thought occurred to me. Must have been Divinely placed, because I’m not really this smart.

Our Federal Government really only has two duties:

Think about it… Since the day our nation was created, beginning with the Declaration of Independence and ending with the Constitution of the United States (as originally ratified – including the Bill of Rights), it was NEVER intended that our Federal Government would be this big, nor be this involved in our daily lives. (OH! Let me clarify here, before I get accused of racism, that the 13th Amendment is a valid, Constitutional, extension of those two duties.)

Our Founding Fathers didn’t even include any method of taxation in those founding documents!!!

That didn’t begin until the “Civil War” (which was not a civil war, but a War of Secession). Before that, funds necessary for the operations of government were collected from sales taxes (on a very limited number of goods) and tariffs. Tariffs have been eliminated (for the most part) because they have unintended detrimental consequences to our economy. Regardless, even after the Civil War, the income tax was eliminated and didn’t come back permanently until 1913 with the ratification of the 16th Amendment.

So the fact that we have Departments of Education, Labor, Energy, Agriculture, Interior, Insurance, and Travel, and Health & Human Services, are all different heads of the leviathan that was never intended to exist! Those two duties (listed above) only support the existence of the Department of Defense. Even the Department of Homeland Security is a redundancy.

Yet, our Founding Fathers DID include the 10th Amendment which states:

The powers not delegated to the United States by the Constitution, nor prohibited by it to the States, are reserved to the States respectively, or to the people.

Therefore, EVERYTHING else that our federal government has done, is doing, and is attempting to do outside of those two duties listed above are UNCONSTITUTIONAL.

Therefore, here’s my Budget Proposal for Congress: Eliminate everything except the DOD and get your noses, rules, regulations, and the IRS back out of our lives, where it doesn’t belong!!! You had the concept of taxes right in the beginning – sales taxes.